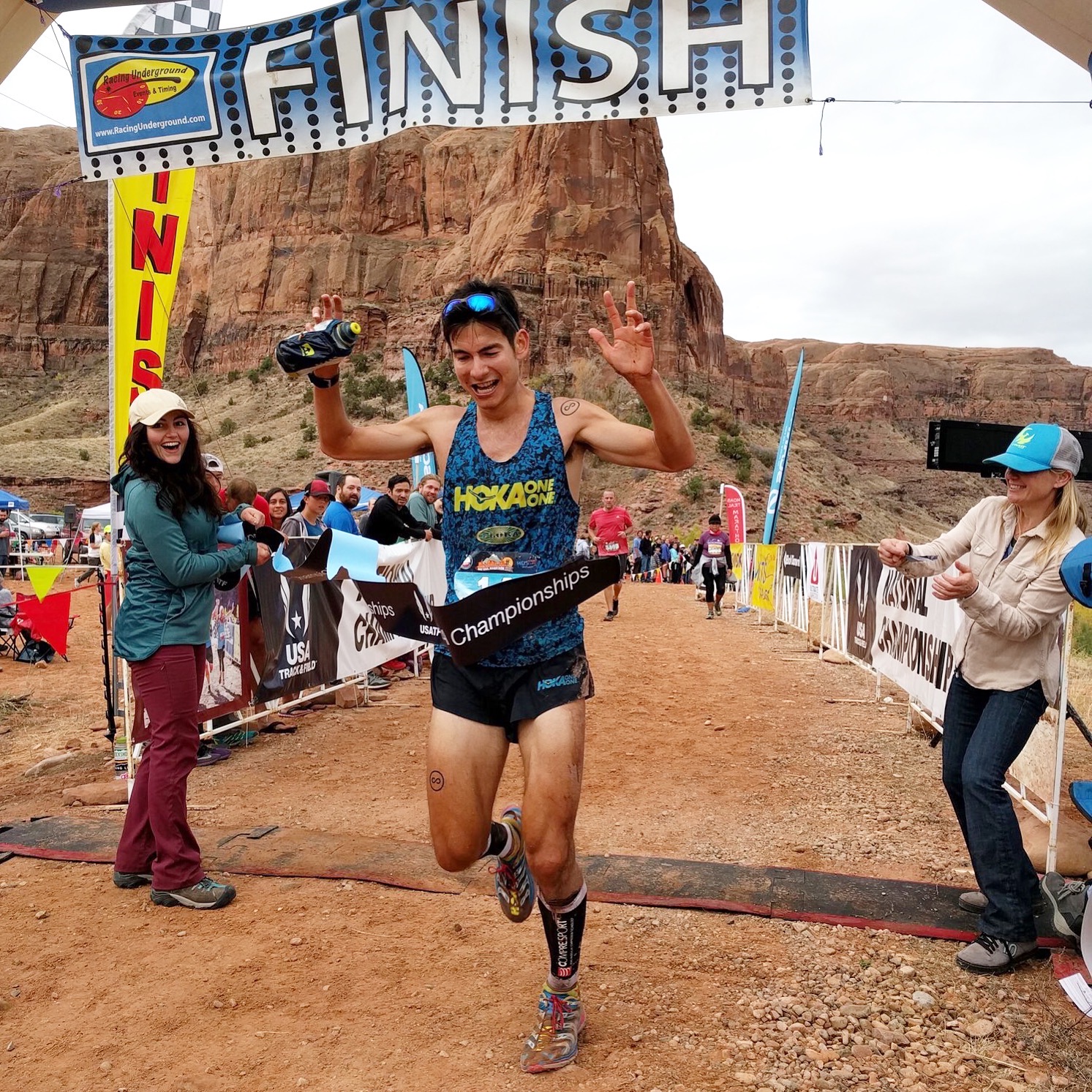 Coach Sage Canaday has been running year-round ever since his 7th grade soccer coach told him he was “better off without the ball.”  A self proclaimed “running nerd,” Sage has read lot of training and exercise science books over the past 20 years of being involved in the sport. His running and training has been influenced by his NCAA DI teammates and coaches in college, his experience as a sponsored road marathoner in the Hansons-Brooks Olympic Development Distance Project, as well as doing #AnySurfaceAnyDistance races around the world as a pro MUT (Mountain-Ultra-Trail) Runner.

He has a BS in Design with a concentration in Human Factors and Ergonomics from Cornell University as well as 3 years of speciality running store experience fitting hundreds of runners and walkers at all levels with all brands of running shoes.

Sage has focused his efforts on reaching as many runners as possible (both individuals brand-new to the sport as well as experienced runners) with his Youtube channel “Vo2max Productions” and across social media. His goal is help you become as healthy as possible and to keep enjoying  the sport of running…and of course running fast and setting personal records along the way too if you wish!